Discover the essence of each destination with Gamma hotels

At Gamma Mérida El Castellano there is much to do and discover; you will experience the local essence and history of each destination, as well as its unique cuisine and tradition.

Start your journey and be sure to visit the Catedral de Mérida, Playa Progreso, the magical town of Sisal, the Feria Xmatkuil, the beautiful Paseo Montejo and the historic center. We are also close to the Anfiteatro Romano de Merida and the Templo de Diana. Include these attractions in your plan and discover the essence of this beautiful destination.

One of the Yucatan Peninsula's most noteworthy landmarks, Chichen Itza is a complex of Mayan ruins dating back to around 600 AD. The largest structure within these ruins is a stepped pyramid called El Castillo; additional structures include the Temple of the Warriors and the Wall of Skulls, both of which feature stone carvings.

Embark on an interesting visit to the Gran Museo del Mundo Maya. Inaugurated in 2012, it has six rooms in total: four dedicated to permanent exhibitions and two for temporary ones. It has a total of 800 archaeological pieces on display.

Take an amazing tour of the oldest cathedral in Mexico. Built in honor of San Ildefonso, its construction began in 1562 at the request of King Felipe II and concluded in 1598. It is considered the first Cathedral in continental America.

Explore Uxmal and be amazed by its history, art and culture. Dating from 600 to 900 AD, it is considered one of the most significant architectural sites in the Puuc region. Among the more famous buildings are the Pirámide de la Adivina, the Cuadrángulo de las Monjas and the Casa de las Palomas.

Come and visit one of the most important avenues in the city of Mérida, Paseo de Montejo, named after Francisco Montejo, conqueror of Yucatán, and venture to discover the vast history it has housed since 1886!

This avenue with a layout and design inspired by the French boulevards extends from the Santa Ana neighborhood to the exit towards Puerto de Progreso, Yucatán.

Here you will find the oldest and most beautiful houses and mansions in the city, such as Quinta Montes Molina, representative of the Porfirian era that was converted into a museum or Canton Palace that was built in the mid-twentieth century, being the residence of General Francisco Canton Rosado , prominent military officer and governor of Yucatán in 1898.
Also you’ll see that one of the busiest roundabouts in this iconic city: the Monument to the Fatherland, the work of the sculptor Rómulo Rozo, which represents the history of Mexico from the founding of Tenochtitlán. In this monument you’ll find allusions to the Mayan culture such as jaguars, a Chacmool and more figures. On your tour, don’t forget to try the traditional Yucatecan dessert "las marquesitas". This avenue not only houses history, but also an endless number of restaurants, bars, nightclubs, and on weekends, the already famous Mexican night where culture mixes with different activities.

Casa Montejo was built in the 16th century and is the only example of a Renaissance-style building.

Parque Zoológico del Centenario is the most important zoo in the city of Mérida. It is located to the west of the city, on Avenida Itzáes. It was founded in 1910, on the occasion of the hundredth anniversary of the independence of Mexico.

Las Coloradas is a welcoming port for all those who visit it, is due to its small size and warm atmosphere; it is sure to make you feel at home.

Located just 17 kilometers north of Merida, Cenote Xlakah is considered one of the largest and deepest known cenotes in Yucatán. Within it, large traces of wood, vessels and carved bones have been found, providing valuable information about the Mayan culture.

Legendary cabotage port with white sand beaches and an exotic natural environment. Beautiful migratory birds such as the Canadian duck arrive every year, seeking the shelter of the warm waters of the Gulf of México.

Palacio de la Música showcases the richness of México's musical heritage, with regard to indigenous peoples.

Along the Paseo Montejo are two houses that stand out because they are identical; as such, they are known as the Casas Gemelas (Twin Houses). They were built at the beginning of the 20th century by engineer Manuel Cantón, who also built the Palacio Cantón.

The city of Merida was founded on January 6, 1542 on the remains of the Mayan city of Ichcaanziho (five hills), also known as T'ho, by Francisco de Montejo and León “El Mozo”.

To celebrate the city in a big way, as it well deserves, every year the program of the event has more than 140 shows of dance, theater, performing and visual arts, literary, music, to name a few, with more than 650 artists on stage. . Also, it should be mentioned that most of these events are free for everyone.

Every March 21 and September 21 you can observe the incredible precision of Mayan astronomy integrated into its architecture and share a moment in time with the ancient Mayans.

The Mayans used the sun as a basis for planning their lives because they depended on agriculture. With the spring equinox they began the sowing and with the autumn equinox the harvest. In Yucatán you can see the equinox show in Chichén Itzá and also in Dzibilchaltún.

This festival was conceived as a space for the dissemination of multiple artistic and cultural expressions and its main objective is to showcase the creativity and excellence of the participating artists, both local and international.

In its long life (it has been carried out since 1983) it has managed to transform and involve the public in the process of cultural development of the state, as well as achieve its permanence in so many years. During the cultural festival, artists from the different artistic disciplines participate in various venues in the Historic Center of Mérida, as well as in the most important forums of the entity such as the José Peón Contreras, Armando Manzanero and Daniel Ayala Pérez theaters.

Enjoy a romantic evening accompanied by the sounds of traditional Yucatecan trova.

Witness a performance of the Mayan Pok ta pok ball game. In this game, players hit the ball with their hips, although some versions allowed the use of forearms, rackets, bats or hand stones. The ball was made of solid rubber and weighed up to 4 kilograms (9 pounds), and the sizes differed greatly over time or depending on the version played.

This is one of the most lively and traditional festivals in the state of Yucatán.

This is one of the most lively and traditional festivals in the state of Yucatán. Dating back to colonial times, it features mestizo dances to the sound of the traditional Yucatecan jarana.

This Sunday market is located in the center of the city.

This Sunday market is located in the center of the city, and transforms the area into a lively tourist attraction with cultural and musical shows.

The city comes alive with six hours of entertainment.

The streets of the historic center of Mérida light up with a special glow and people from all over the country come to experience various forms of artistic expression in the city's main theaters, museums and venues. These places open their doors throughout the night for free, and offer a wide variety of activities such as exhibitions, visual installations and performing arts recitals; relax and enjoy a pleasant night.

In this a grand celebration, people participate in Day of the Dead festivities.

In this a grand celebration, people participate in Day of the Dead festivities, known in Yucatán as Hanal Pixán. These activities include altar exhibitions, regional culinary offerings, Mayan ceremonies and story/legend readings.

Come and enjoy this sensational concert in Mérida

Enjoy the return to Mexico of one of the best American rock bands in a sensational concert at the Esplanada Xmatkuil in Mérida, Yucatán.

There are no events happening during your dates. 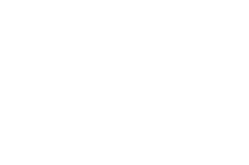